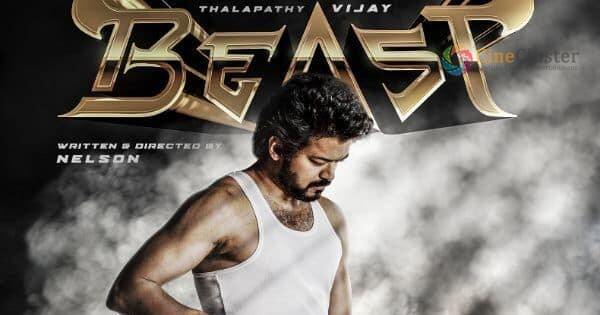 Thalapathy Vijay was last seen on screens in the movie, ‘Master’ in which he shared screen space with Actor Vijaysethupathi. The movie was a blockbuster hit at the box office and it has been declared as the highest worldwide grossing film of the year in Indian cinema. Actor Vijay’s next film ‘Thalapathy 65’ is directed by director Nelson Dilipkumar and it is produced by Sun Pictures. The music is scored by Anirudh Ravichander. Actress Pooja Hegde of Butta Bomma fame is the female lead of this movie.

The movie’s first schedule of shooting is over and the next schedules of shootings are expected to resume when the pandemic situation comes under control. Meanwhile, the makers have released the first look poster of Thalapathy 65. The poster has the movie title in it – “BEAST” and the poster has Thalapathy Vijay holding a machine gun. The stunning poster goes viral and fans are highly excited. As tomorrow is Actor Vijay’s birthday it is a double treat for his fans. Stay tuned for more breaking updates.