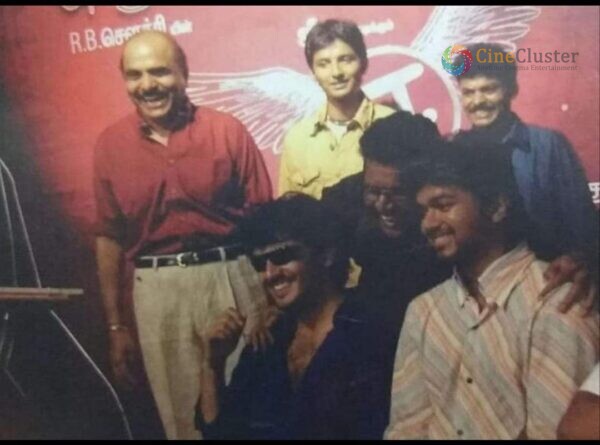 The most popular duos Thalapathy Vijay and Thala Ajith’s are good friends personally. Mostly they were considered as opponents in the Kollywood industry but they developed a good friendship with each other. They even spoke about their friendships in their interviews respectively. Meanwhile, a picture from the past where Thala Ajith and Thalapathy Vijay are together is stunning and goes viral.

Their vintage looks and charm are exciting to their fans and the audiences. The picture was taken when they went for a promotional event of Actor Jiva’s movie E, which was directed by SP Jhananathan. Currently, Thalapathy working with Director Nelson for his 65th film, and the movie is temporarily titled Thalapathy 65.

The movie is produced by Kalanithi Maran, under the banner of Sun Pictures. Actress Pooja Hedge is the female lead of the movie. And, Thala Ajith, who recently turned 50 has been working on Valimai for far too long now and fans just cannot wait to hear an update of his films. Valimai is in its final stages of shooting and only a few scenes are left to be shot. It is also believed that due to the second wave of COVID-19, this delay has occurred. Stay tuned for more breaking updates.