The unexpected death of the scriptwriter and director Sachy made the entire cinema industry into a great shock and bitter truth. He died in June last year due to cardiac arrest and made many of his fans to mourn a lot. Still, his memories hold many of his fans and celebrities’ hearts. As a part of it, Actor Prithviraj had released a poster. 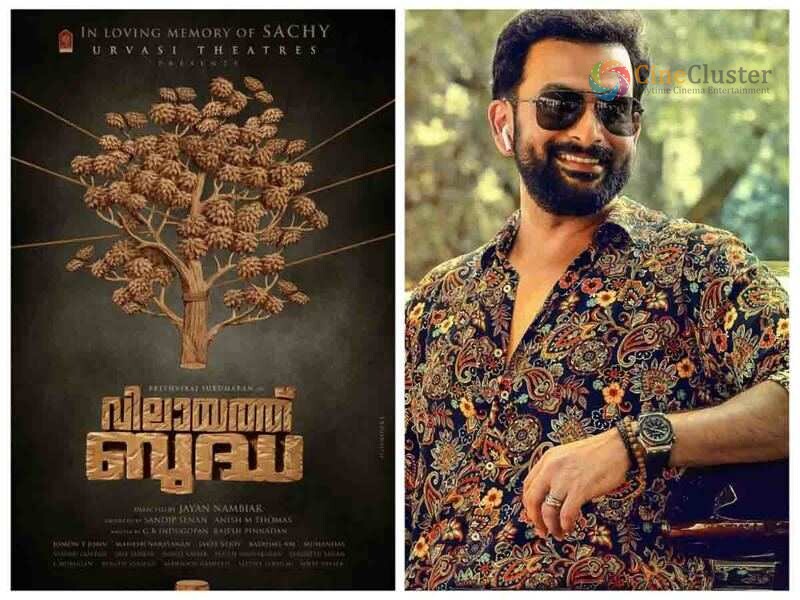 To mark the first anniversary of Sachy’s last movie Ayyappanum Koshiyum, actor Prithviraj announced a new project titled Vilayath Budha adapted from GR Indugopan’s novel of the same title. The movie is helmed by Jayan Nambiar who was Sachy’s associate and will be scripted by Indugopan and Rajesh.

By releasing the poster the actor tweeted, “One year of #AyyappanumKoshiyum! This was Sachy’s dream. This is for your brother. In memory of #Sachy… Jayan Nambiar’s #VilayathBudha.”

The director of the upcoming movie revealed in an interview that,  “Sachyettan had planned to direct Vilayath Buddha right after he completed the script of my film. Right now, I have decided to take up the film, which is being scripted by Indugopan and Rajesh. We will only start the film after the pandemic. It’s a special project for all of us because Sachyettan was associated with it.”

The novel Vilayath Buddha has two main characters – Bhaskaran and Double Mohanan. Bhaskaran, according to the novel, is a master who grows a sandalwood tree in his backyard while Double Mohanan, a smuggler, is his student who wants to chop down the tree.

Prithviraj will be playing the main character Double Mohanan in the film and for the other main role, Bhaskaran, he has signed up another star whose name will be revealed later.  The more official updates from the movie will be reaching us very soon. The poster of the upcoming movie has gone viral on the internet and expectations for the movie has also grown a little higher.

Stay tuned with us for more breaking updates.