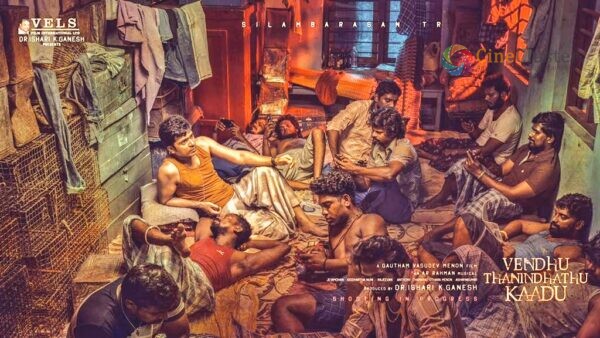 Simbu is one of the top most popular actors in the industry. His recent first look from the movie titled Vendhu Thanindhathu Kaadu under the directorial venture of Gautham Vasudev Menon has grabbed the audience’s attention. The first look poster showcased Simbu in new attire and a different look. Also, the director of the movie Gautham Vasudev Menon has travelled almost 20 years in the industry and this is the first time in his career to choose a subject concerning a village backline. 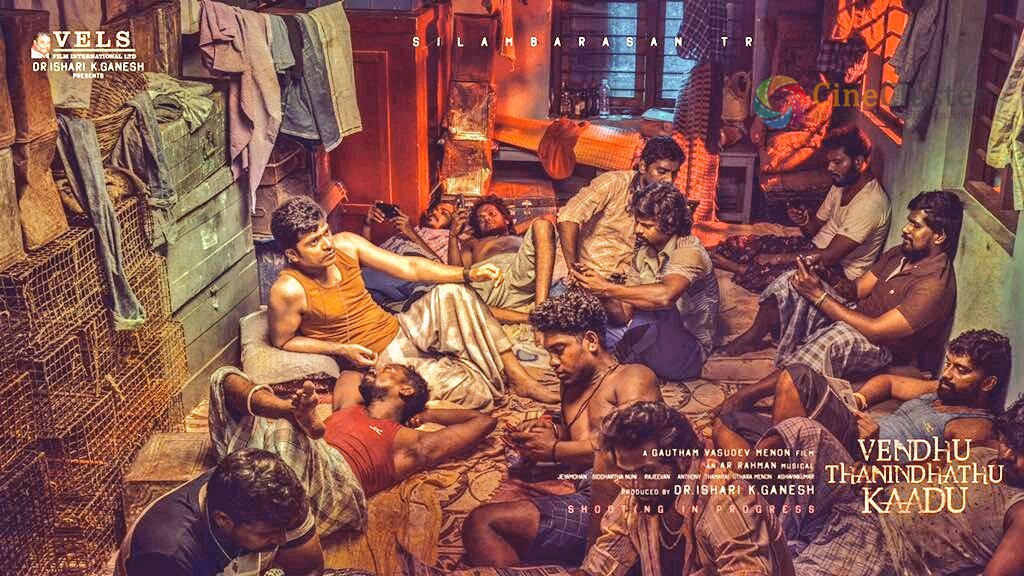 Soon after the release of the first look poster the team started their production process in a full swing. It was reported that the first schedule of the VTK shooting was wrapped up a couple of weeks ago and there is a delay in the second schedule. Meanwhile, the second schedule of Vendhu Thanindhathu Kaadu went on the floors yesterday. Now an exciting update has been revealed by the team.

The second look poster of the movie has been unveiled. . Looking into the new poster Simbu is sitting with his friends in a congested room and thinking deeply about something. The movie features Marathi actress Kayadu Lohar to play the female lead in this rustic thriller. And Veteran actress Radhika Sarathkumar is said to be playing the mother of STR in VTK. Meanwhile, Simbu has lost almost 15 kgs to fit in the character in Vendhu Thanindhathu Kaadu.

The flick is produced by Ishari Ganesh of Vels Films International. The technical crew includes A.R. Rahman as the music composer and Thamarai pens the lyrics. VTK marks the fourth movie of the dynamic combo STR-GVM-ARR-Thamarai. So the expectations for the upcoming movie are also very high among his fans. Other updates will be reaching us in the upcoming days. Stay tuned for more breaking updates.