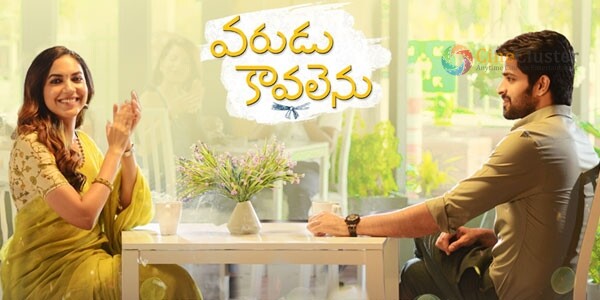 Varudu Kaavalenu is an upcoming movie in the Telugu industry. The movie is directed by Lakshmi Sowjanya. The technical crew of the movie includes Patchipulusu Vamsi and Vishnu Sarma as the cinematographer, Naveen Nooli as the editor, and Vishal Chandrasekhar as the music composer. The flick is bankrolled by Sithara Entertainments.

This upcoming romantic drama features Naga Shaurya and Ritu Varma in the lead roles and Murali Sharma, Nadhiya, Vennela Kishore, Praveen, and Harsha Vardhan in the supporting roles. As per the reports, the movie will revolve around the process of matchmaking. Recently the first lyrical single of the movie titled, “Digu Digu Naaga” was released and received a positive response from the audience.

Now the latest update of the movie is that Varudu Kaavalenu has been wrapped up and the movie is gearing up for a big release. Makers have shared a selfie of the stars which includes Naga Shaurya, Ritu Varma along with the director Lakshmi Sowjanya. Stay tuned for more breaking updates.

#VaruduKaavalenu shoot has been wrapped up ❤️