Malayalam Filmmaker Lijo Jose Pellissery’s critically acclaimed feature Jallikattu is India’s entry for the Best International Feature category for the 93rd Academy Awards. A 14 member committee of the Film Federation of India made the announcement. Jallikattu is an Indian Malayalam movie which was released in the year 2019. This independent action movie was directed by Lijo Jose and produced by O Thomas Panicker under the banner of Opus Penta. 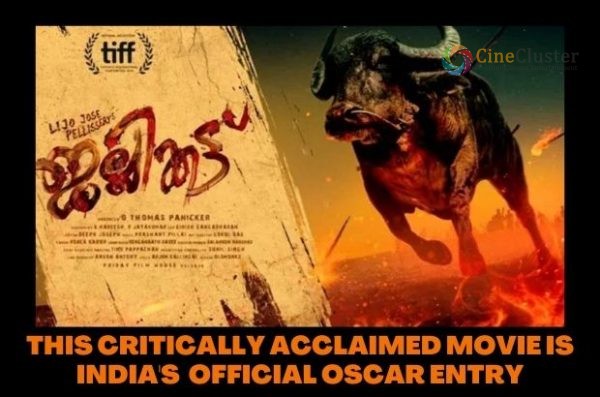 The technical crew includes Prashant Pillai as the music composer, Girish Gangadharaan as the cinematographer, Deepu Joseph as the editor. The movie was written by S.Hareesh and R.Jayakumar. Jallikattu is based on S Hareesh’s story Maoist, revolves around the chaos caused by an escaped buffalo in a village, and the violent attempts by groups of men to capture it and claim the trophy for themselves. The movie also premiered at the Toronto International Film Festivals last year.

Rahul Rawail, committee chairman, Jury Board Film Federation of India, said,” Jallikattu brings out the raw problems that are there in human beings. The emotions that came up moved us. We felt that this is a unique ensemble of characters and locations.” Jallikattu movie was among the 27 submissions from India which includes Shoojit Sircar’s Gulabo Sitabo, Hansal Mehta’s Chhalaang, Safdar Rahman’s Chippa.

Chaitanya Tamhane’s The Disciple, Geethu Mohandas Moothon, and Kaamyaab among others. It is expected that the award ceremony will be held on April 25, 2021, in Los Angeles. Stay tuned for more breaking updates.