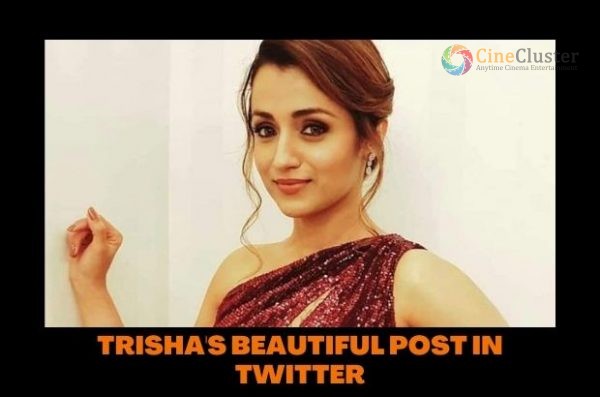 Trisha is one of the most beautiful actresses in the South Film Industry. She has almost 20 years of experience in the cine field. Also, she is the dream girl for many youngsters till now. Now she has come up with a video on Twitter by showing the similarities of her role in Ghilli movie by co-starring with Thalapathy Vijay and in 96 movies by acting with Vijay Sethupathi.

The video has the climaxes of both the movies as the heroes of the movie Vijay and Vijay Sethypathi leave her at the airport by saying Goodbye. The shots were the same, as both of them handed over the flight papers to Trisha and walked back with heavy hearts and tears in the eyes. Later Trisha is seen alone inside the flight thinking of the hero with a sad face.

Meanwhile, the heroes recollect the memories and look at the belongings of her and miss her so badly. Although the movie was completely different from each other, the scenes were similar. This video recalled the memories with Ghilli and 96 for many Tamil audiences.

On the work front of Trisha, she has her upcoming movies with Manirathnam’s Ponniyin Selvan and a female-centric movie Raangi which is in talks for several others in all south languages. Stay with us for more amazing updates.