Skip to content
Vikram was released on June 3 and it received a monstrous positive response from the audience. It has been three weeks and still the shows seem to be house full. The movie has reached an extensive box office collection. The movie was directed by Lokesh Kanagaraj and with music by Anirudh Ravichandran. 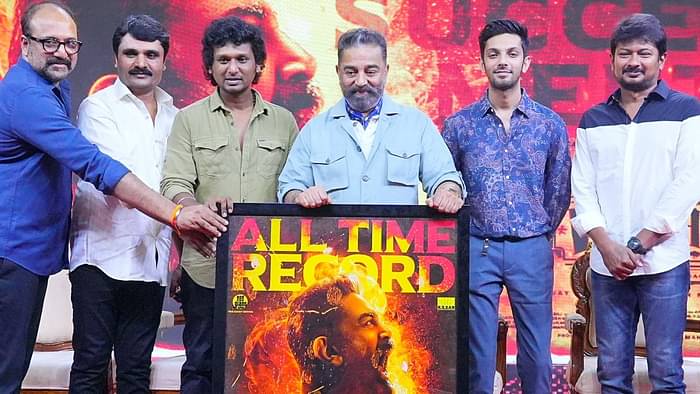 The movie has set up a new record and has collected more than 350 crores all over the world. Following the success, the team had a successful meeting to celebrate and share the success with the media, distributors and exhibitors. The team meet the press and also arranged a dinner party for them.
The glowing point of the meeting was Udhayanidhi Stalin who distributed the movie in Tamil Nadu through his Red Giant Movie revealed the Collection details. He said that Vikram has earned Rs 75 crores share in the state and it is the highest collection of a Tamil movie in such a short duration.
The movie featured Kamal Haasan, Vijay Sethupathi and Fahad Faasil in the lead roles. Stay tuned for more breaking updates.