Surprising news for the Kollywood audience who are out there! Iruttu Araiyil Murattu Kuthu an adult comedy horror movie, released in the year 2018 under the directorial of Santhosh P Jayakumar. The movie featured Gautham Karthik, Yaashika Anand, VJ Sha Ra, Vaibhavi Shandilya, and Chandrika Ravi. This movie had a great response, especially among the youngster’s audience.

Now there is super exciting news to Kollywood youngsters that is, Earlier we had a report that the sequel of Iruttu Araiyil Murattu Kuthu is titled as Irandam Kuththu. This upcoming movie will be helmed by Santhosh P Jayakumar. The notable point about the movie is, the director himself will be debuting as a main role in the movie. The movie also has Karishma, Akriti Singh, and Meenal as the female lead role and Daniel Annie Pope, Motta Rajendran, Chaams, Ravi Mariya in the supporting roles. 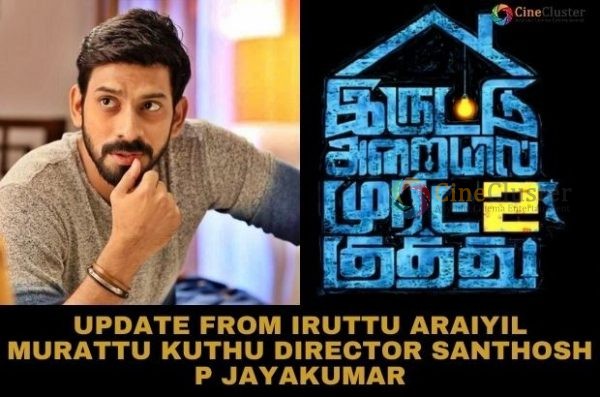 The movie has also entered the floors and was shot in ECR, Thailand, and in a few places in Chennai. Now the theatrical rights of this upcoming movie Irandam Kuththu have been owned by T.Muruganandham’s Rockfort Entertainment. Another happy update is that The release of the movie will only be in theatres not on OTT platforms, said the director. As a great production company like Rockfort Entertainment owns the rights, we can expect a grand release.

Stay tuned for more breaking and official announcements regarding the movie.