Vijay Sethupathi is one of the most popular and talented actors in South Cinema. Days back when the official announcement was released about his upcoming movie 800, a biopic of Sri Lankan cricketer Muttiah Muralitharan. Many speculations have been made upon this and now a social media user has sent a threatening message of raping his minor child to Vijay Sethupathy.

By seeing this, several social media users came forward and offended the person and demanded to arrest the person for claiming such heartless threatening messages. The user who tweeted such a creepy message is Rithik and his ID is @ItsRithikRajh. He posted a few pictures of Vijay Sethupathi with his daughter and said she should be sexually assaulted, “for her father to understand the difficult lives led by Tamils in Sri Lanka.” Later when the tweet spread out virally, DMK MP S Senthil Kumar tweeted, “Are they human beings? Kindly track this person and put him behind bars.” And tagged the Chief Minister of Tamil Nadu and the Chennai police’s official Twitter handles. 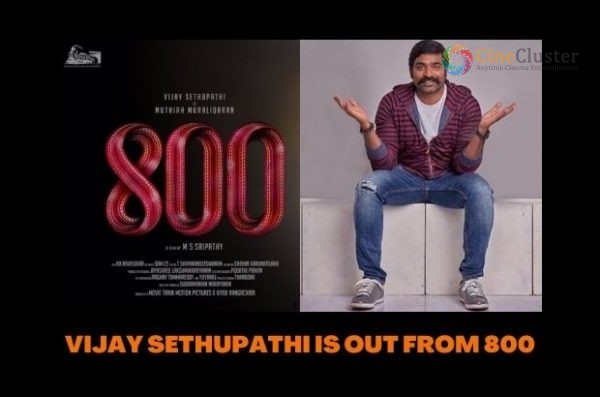 Hours after singer Chinmayi also expressed disgust and condemnation against the tweet. “A Tamil man recording his difference of opinion. This is why many in this society stand in support of the predators. Is nobody in this system going to change this? A man who can say in public about raping a child is a criminal,” she posted and also tagged the official Twitter handles of Chennai Police and the Deputy Commissioner of Police, Adyar. She also expressed her anger by questioning the society as, “why does this crappy society do this? Watch silently when this happens? How are men raised to speak out about a rape threat? Why is it when adults fight like hyenas, the women, and the children have to suffer? Shame on all of you who do it and those who watch and remain silent,” she tweeted bursting out in anger.

Likewise many general users and celebrities against the tweet and asked the person to be arrested. Also, the user’s profile has been restricted by the platform after users reported his highly offensive tweets. Also, it is reported that Vijay Sethupathi on Monday announced that he is quitting from the project 800 after several personalities requested him to stop the movie. the actor had retweeted Muralidaran’s letter which requested the actor to not be a part of the movie with the words” Thank you…Goodbye…”.

The controversies were raised on October 13 when the first look of the poster was released. Several people, including director Bharathiraja, had alleged that Muralidaran was a supporter of the Rajapaksa government in Sri Lanka. Now the project has been dropped. Stay tuned for more breaking updates.