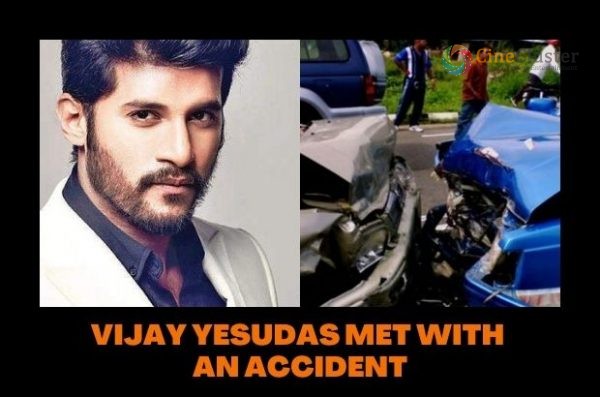 Vijay Yesudas is one of the famous singers and also the son of beloved musician KJ. He has almost completed 20 years of his life journey as a singer in the South cinema industry. The latest reports suggest that he met with a car accident last night. Vijay’s car collided with another oncoming vehicle in NH-66 at Thuravoor on the National highway in Alappuzha district on Monday night.

However, the lucky lady was on his side and he escaped from all the dangers and big injuries. According to the police report, the singer was en route to Kochi along with his friend when the accident occurred. The front portion of both cars was damaged severely in the accident. After the vehicles were removed from the spot, Vijay Yesudas and his friend continued their journey in another car. The incident took place around 11.30 OM on Monday.

He has almost completed 20 years of his life journey as a singer in the South cinema industry. Vijay Yesudas has won three Kerala State Film Awards for the best singer and the recent was for the 2019 movie “Joseph”. Apart from Malayalam, he is also the best singer in Tamil, Telugu, Kannada, and Hindi movies. He has also acted in a few movies in Tamil and Telugu.

Now the singer is safe and healthy. Stay connected for more breaking updates.