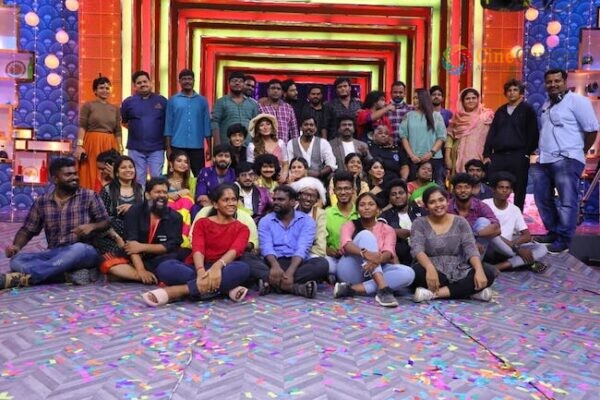 Cooku with Comali was planned and executed by Media Masons which is a media production company and Ravoofa was the founder of Media Masons. Cooku with Comali Season 2 was a massive hit and was considered a stress buster among many audiences. Merging Cookery with fun is the ultimate aim of the show and it was a mass success. The show ended on April 14. And that left many people heartbroken.

The main success of this show is the rapport between the Comalis and Cooks. Apart from the show, every artist had a special bond with each other. Bonds like brother-sister ( Pugazh Sivaangi), Father-son ( Chef Damu Pugazh), friendship( Pugazh Ashwin), Son and Mother (Pugazh Shakeela) and many.

The most important and popular among all is Ashwin Sivaangi’s relationship. However, the show was doubted to be scripted and their relationship too was suspected to be scripted. Thus the head of this Show Ravoofa cleared this in a recent interview in Cooku with Comali in Galata Media. Ravoofa said, “We have never gone ahead with a plan for a show. We spend the whole day with these people and so we know how they behave in each situation. We just planned to capture those moments.

When these people are together for the whole day in a set, bonds tend to happen. Sivaangi is a college-going girl and a girl of her age would have a crush or general admiration on a good-looking guy, and that was Ashwin. Sivaangi can never control excitement and we just captured it. It was with the flow and we never had any script, as such. Sivaangi can never act the way we ask her to. So, we leave it to her flow,”. Stay tuned for more breaking updates.