KGF star Yash is currently working on KGF Chapter 2 movie in Hyderabad. Now the star was spotted last night at Hyderabad airport as he was leaving the city after wrapping up the last schedule of his much-awaited movie KGF 2. The actor was seen in his casual black outfit and covered his face with a scarf due to the COVID restrictions. The Kannada superstar looked dashing as ever flaunted that Rocky Bhai swag from KGF as he arrived at the airport. 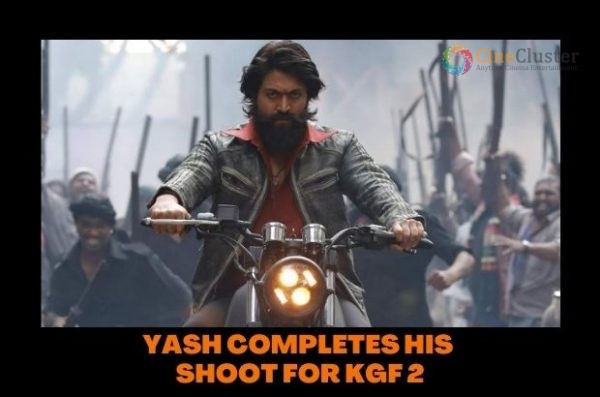 It is also confirmed that Yash has completed his portion in the movie and the full movie may end the shoot be December. Along with Yas as the leading role, the movie also features Sanjay Dutt, Srinidhi Shetty Raveena Thandon, and Prakash Raj. The team started their shoot after several months of gap due to the outbreak of a novel coronavirus pandemic across the nation.

Now the team is working in full swing and it is expected to hit the screens in 2021. Yash, earlier revealed that the movie will be releasing only in theatres, not on any OTT platforms. more official confirmations based on the movie will be reaching us in the coming days. Stay tuned for more breaking updates.